Breaking down the barriers to entrepreneurship - startAD

Breaking down the barriers to entrepreneurship

Abu Dhabi’s startAD is supporting the UAE’s transformation into a knowledge-led economy and a global business powerhouse. Even a grandparent in their seventies is capable of becoming an entrepreneur, according to Ramesh Jagannathan, Managing Director of startAD. The accelerator, which... 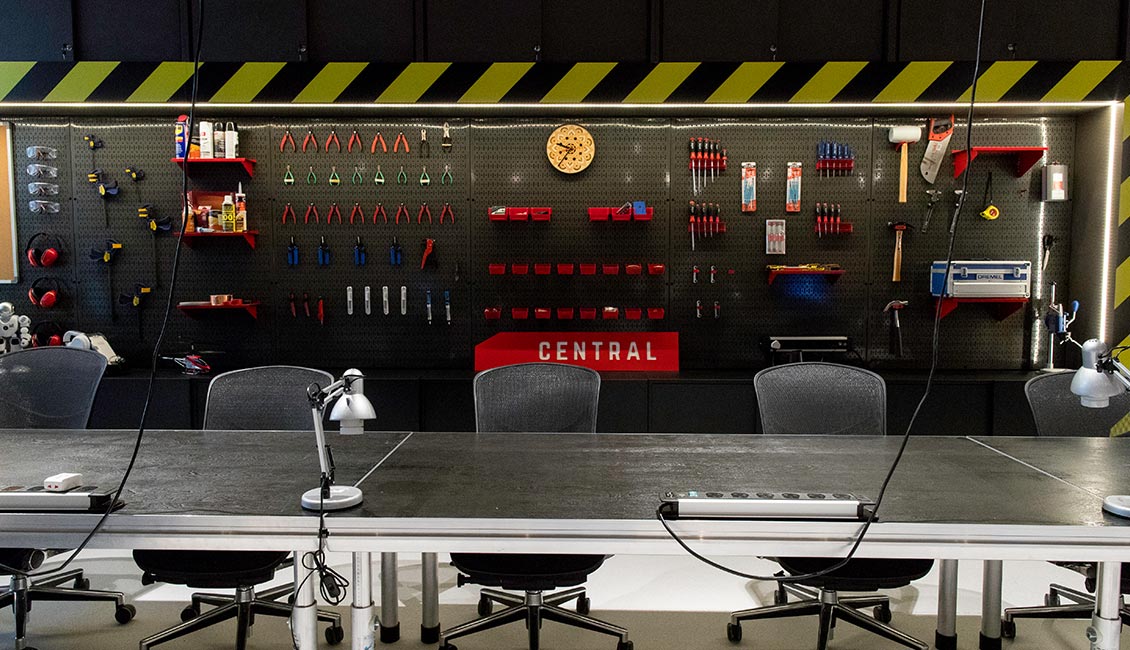 Abu Dhabi’s startAD is supporting the UAE’s transformation into a knowledge-led economy and a global business powerhouse.

Even a grandparent in their seventies is capable of becoming an entrepreneur, according to Ramesh Jagannathan, Managing Director of startAD. The accelerator, which is powered by Tamkeen and anchored at NYU Abu Dhabi, is laser-focused on boosting entrepreneurship in the UAE, offering initiatives designed to grow founders from all walks of life.

Take startAD’s Al Warsha Program, which offers open-access space for people of all tech skill levels to build smart-system prototypes. Over the past four years, over 1,OOO people have trained with Al Warsha; a baby-food warmer created by new parents and a Fitbit-style device geared toward camel-racing are among the 2O prototypes produced so far.

“Our philosophy is to not just teach the community how to code, but give them the entire digital open-source tool kit to build any smart system they could imagine,” Jagannathan explains.

Al Warsha is just one example of how startAD is growing its tech ecosystem. As the UAE capital places big bets on cutting-edge sectors like AI, quantum computing, and agtech, startAD  is advancing startups by embedding them with corporations and investors. The accelerator has separate programs targeting researchers, investors, university students, and Emirati nationals. It also has unique corporate programs that focus on sub-sectors like construction and sustainability, allowing startups the opportunity to secure pilot contracts with the accelerator’s partners, which include Etihad, ADNOC, and Aldar.

Jagannathan previously spent three decades at photography company Kodak, where he says he “witnessed first-hand its rise and fall as a giant in corporate innovation,” before getting into startup incubation through his work at NYU Abu Dhabi. As associate dean of the university’s engineering department, he bootstrapped an entrepreneurship program back in 2O15, offering free educational and training programs for aspiring entrepreneurs. A year later, Tamkeen, an Abu Dhabi-based company focused on developing human capital within the UAE, backed the program and startAD was off to the races.

The accelerator prides itself on being a low-risk way for startups to explore the market. Unlike many accelerators, startAD doesn’t take equity from founders. It also works with its corporate partners ahead of the cycle so that startups entering the program are paired with companies that have a clear idea of the solutions they seek. Finally, the program condenses a startup sales cycle that typically lasts 12-18 months into a matter of weeks, saving startups valuable time that might otherwise be spent chasing noncommittal companies and compromising their growth.

startAD’s achievement advancing Abu Dhabi’s tech ecosystem speaks for itself. It has graduated 124 startups, which have raised a total of $72 million in funding and generated $43 million in revenue. Fifty startups have gone on to secure pilot contracts with startAD’s corporate partners. The accelerator has also trained 3OO young entrepreneurs from 3O universities across the UAE, and trained over 45O angel investors.

Abu Dhabi has distinguished itself from other tech centers in the region through long-term programs and commitments to grow its tech ecosystem, according to Tamkeen CEO John Tate. As
the UAE reforms business regulation and visa policy, Tate says that scientists, innovators, and entrepreneurs have all arrived in the nation’s capital—and that advancing the talent pool is a key focus for startAD.

“Tamkeen’s vision in launching and backing s t a r t A D w a s t o h e l p businesses through the very earliest stages of their entrepreneurial journey, and that’s precisely what it has done,” says Tate. “By harnessing the abundant entrepreneurial talent of New York University Abu Dhabi and the wider Abu Dhabi community, startAD has helped to power this progress.”

Jagannathan cites success stories such as the Emirati scientist Salwa Alzahmi’s startup SPL.Co, which uses AI to help
companies migrate their information onto the cloud. Alzahmi has already gained traction for her work alongside research group EBTIC, Jagannathan says, and given the growing demand for cloud services, he predicts that the company will be a “game-changer.” The professor also highlights the work of a youth startup that incubated through startAD. Cycled, which makes smart bins to help reduce waste, encourages recycling by linking it with brand discounts for consumers. The company has already worked with entities like the Abu Dhabi National Exhibition Centre.

For startups, the opportunity to partner with large corporations is an easy sell for startAD. But Jagannathan says that the advance of AI has created an environment in which even risk-averse corporations have a strong incentive to incorporate machine-learning into their business models. By joining startAD’s programs, corporations have a chance to work with startups to develop personalized solutions and minimize disruptions along the way. “It is a low-risk, win-win proposition for both startups and corporations,” says Jagannathan.

Breaking down the barriers to entrepreneurship
5 Min Read

This website stores cookies on your computer. These cookies are used to collect information about how you interact with our website and allow us to remember you. We use this information in order to improve and customize your browsing experience.

New membership are not allowed.